If you want to know Red Oak, ask Gordon Perkins! 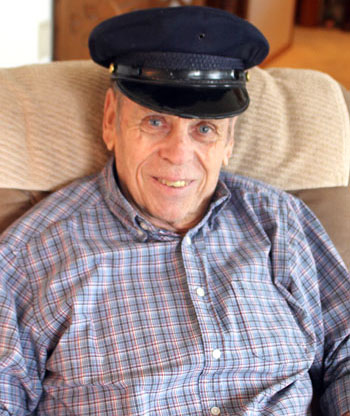 If you want to know Red Oak – specifically, who lived where – just ask Gordon Perkins. Gordon, or Gordy as he is known to many, spent more than three decades delivering mail in the city of Red Oak and when you add in a lifetime of volunteer service to different community organizations, you’ve got a tremendous knowledge of this small town Gordy calls home.

Gordy was born and raised on a farm southwest of Red Oak until the family moved to Nebraska and then Colorado mid-way through his senior year of high school. He graduated in 1948 and began working as an electrician until the Army called. He remembers that in 1951 he and several of his friends tried to enlist. “Several of us went up in 1951 but they wouldn’t take us,” he remembers. “All the quotas were full at that time.”

Drafted in 1952, Gordon served most of his tour in the Panama Canal Zone. He remembers the area as happy to see American servicemen. “It was pretty good duty,” Gordon says. “They were glad to see us. We meant money coming in.”

Discharged in 1954, Gordon came home to Red Oak. His parents already had moved back and the choice seemed natural to him. “This was where I had lived up until my senior year,” he points out. “This was home.”

First working as an electrician, Gordon joined the Postal Service in 1956 as a letter carrier. A career that would span 31-1/2 years and encompass nearly 80,000 miles!

“I was a substitute for a short time. I carried a different route every day,” he explains with his trademark smile. “I walked every route in town. We didn’t have vehicles then. We walked it all.” In the late 1950s, several of the letter carriers purchased their own Cushman scooters, but Gordon recalls that the scooters were a better idea in theory, than in practice. “We bought them ourselves. They were approved by the Post Office, but we bought them. They didn’t work out too well. In those days, they didn’t have very big motors and I had the hill route. Bad weather was a problem, too, so they just didn’t work out.”

So Gordon went back to walking the streets, so to speak. He estimates that his daily route was 8-10 miles. At that time, the post office had relay stations or boxes set up throughout the town. Each morning, carriers sorted the mail for their routes, bundled it according to which relay boxes it should go to, and then set out. Postal trucks delivered the bundles to the appropriate relay box. Carriers, or mailmen as they were called back then, began a route with what they could carry and replenished their mailbags from the relay boxes as they went along the route. How long it took to complete a route depended on the day and the time of year.

“During Christmas time, it wasn’t anything to get done around 8 or 9 o’clock at night,” Gordon recalls. “We’d start early, maybe 5 or 6. Of course, back then, we had two deliveries to the business area: One in the morning and one in the afternoon.”

True to the Postal Service motto–Neither snow nor rain nor heat nor gloom of night stays these couriers from the swift completion of their appointed rounds – Gordon rarely took sick leave and remembers few days when weather halted mail delivery. Contrary to popular belief, Gordon recalls that weather, not dogs, was the letter carrier’s greatest adversary.

“You just learned to deal with it,” he advises. “I never had too much trouble with dogs, but sometimes it was awful hot. We never wore shorts like they do nowadays. First of April we could start wearing short sleeves and we could take off the tie. That lasted until November, and then we had to go back to long sleeves and the tie.”

Gordon recalls that on some hot days, the moisture from a carrier’s sweaty shirt and hands actually transferred ink off papers and magazines. Joan concurs, recalling days when Gordon’s uniform shirt would be “black” from newsprint ink. The other weather extreme, cold, posed its own challenges. Coats, hats, gloves, and scarves protected letter carriers from the winter elements.

“One day when we left the post office to start our routes the wind chill was negative 89,” he recalls.

“Was that the day your scarf froze to your face?” Joan asks. 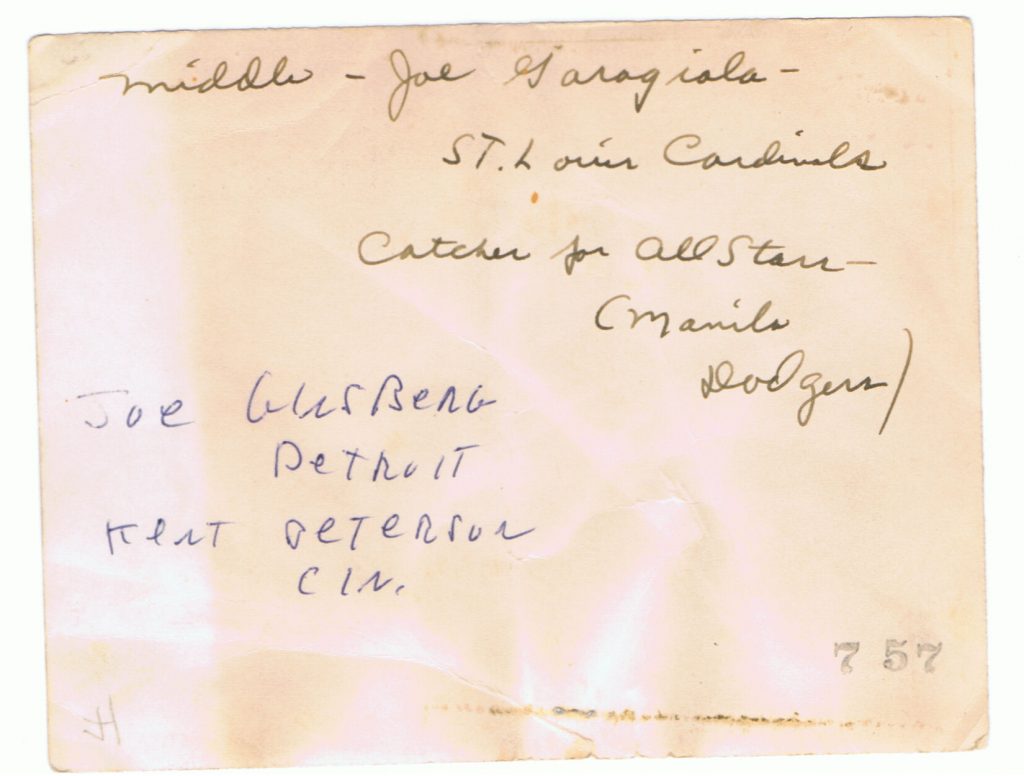 “Yes,” Gordon nods, explaining that along the route he stopped at a friend’s house and “used a hair dryer to warm up the scarf so it would not take the skin off!

In those days, because of their detailed knowledge of their routes, letter carriers frequently delivered mail without complete addresses. They knew who lived where. Knowledge that Gordon still keeps filed away in his memory.

“We can drive by some place or a house will sell and Gordon will say, ‘That’s where so-and-so used to live.’ ” Joan explains. Gordon and Joan married in 1956. They met when Joan (Houtchens) was working at Swanson’s men’s clothing store in Red Oak. Gordon was one of her customers.

“I always said he kept coming in and buying clothes until I had him dressed right and then I went out with him!” Joan laughs. The couple has two daughters: Elaine Hollen of Red Oak and Denise Leibold of Clarksville. They have three grandchildren and two great-grandchildren.

When he wasn’t on the mail route, Gordon continued his electrical work and got involved in several community organizations or activities. For years, Gordon was a regular donor at Red Cross blood drives – a habit he began while serving in the military. According to Red Cross records, he is three donations shy of 26 gallons, but Joan quickly points out that if you count his military donations, he’s over that mark.

“I always thought it was a good thing to do,” Gordon speaks humbly of his dedication. In addition to his regular donations, Gordon and Joan often worked as bloodmobile shuttle drivers, ferrying blood donations from Red Oak to the blood center in Omaha. They also were volunteers to deliver Meals and Wheels for many years.

In the mid-1980s Gordon joined the Montgomery County Veterans Memorial Court of Honor. He’s still inspired by the sight of all those flags on display during Memorial Day programs. Always a car buff, Gordon and Joan were members of the Classy Chassis Car Club for years. They own a 1931 Model A, a 1956 Chevrolet, and a 1968 Pontiac convertible.

While recent health challenges have forced Gordon to curtail some of his activities, he remains a sharp conversationalist and his trademark smile crosses his face often. He speaks humbly about his own accomplishments but never wavers from his belief that Red Oak is a good home.

“I always liked the area. This is where I grew up. This is home.”

Do you know of an interesting individual or couple for Jan’s Corner? If so, contact Jan at renanderjc@aol.com. Watch for new features every other Friday.